is an etching technique which dates back to the early 1900s, it derives from xylography. The difference is in the different type of support on which the incision is made, in this case, the matrix is produced on linoleum – a plastic material – commonly used for flooring, easy to cut as it’s very soft.

monotyping is a unique example of printmaking. The origin of the word derives from the Greek monos (one) and typos (image) and indicates that the images created using this technique are unique creations which cannot be reproduced. The process involves applying the paint directly to a surface (glass, plexiglass, metal or card) with oil colours and / or printing ink. A sheet is applied on the painted matrix, after which pressure is applied. The surface can only be used once or maximum two times, before the colour dries. The second application produces a less intense colour than the first. The final result is never identical to the original painting on the surface as an element of unpredictability comes into play.

is a science journalist, she has written articles for the scientific pages of various daily and weekly publications. Alongside her journalism she is in constant search for a language which brings everyday citizens closer to scientific knowledge and critical thinking.

Multifaceted illustrator and artist, after having hung out for a long time in Giorgio Upiglio's famous printing house, a few years ago she created her own personal printing house which is open to anyone who is curious to find out more and experiment freely with printing.

is a chapter in the history of space exploration which took place in the 20th century and was one of the components of the Cold War rivalry between the United States and the Soviet Union. The two superpowers challenged each other with the view to achieve superiority in space in a continuous bid to outdo the other including the launch of missiles and satellites to reach the moon and other planets in the solar system in the period between 1957 and 1975.

are the unique instruments invented by the printer Francesca Bazzurro. Pinzini take their shape from everyday life, they are born from waste like tram, cinema and theatre tickets – which once they have served their primary purpose are then transformed, using a simple gesture – or rather – folding them in half, within excellent finger-support tools, which are obviously a little stained with colour, in order to lift the fresh print without leaving unwanted fingerprints. 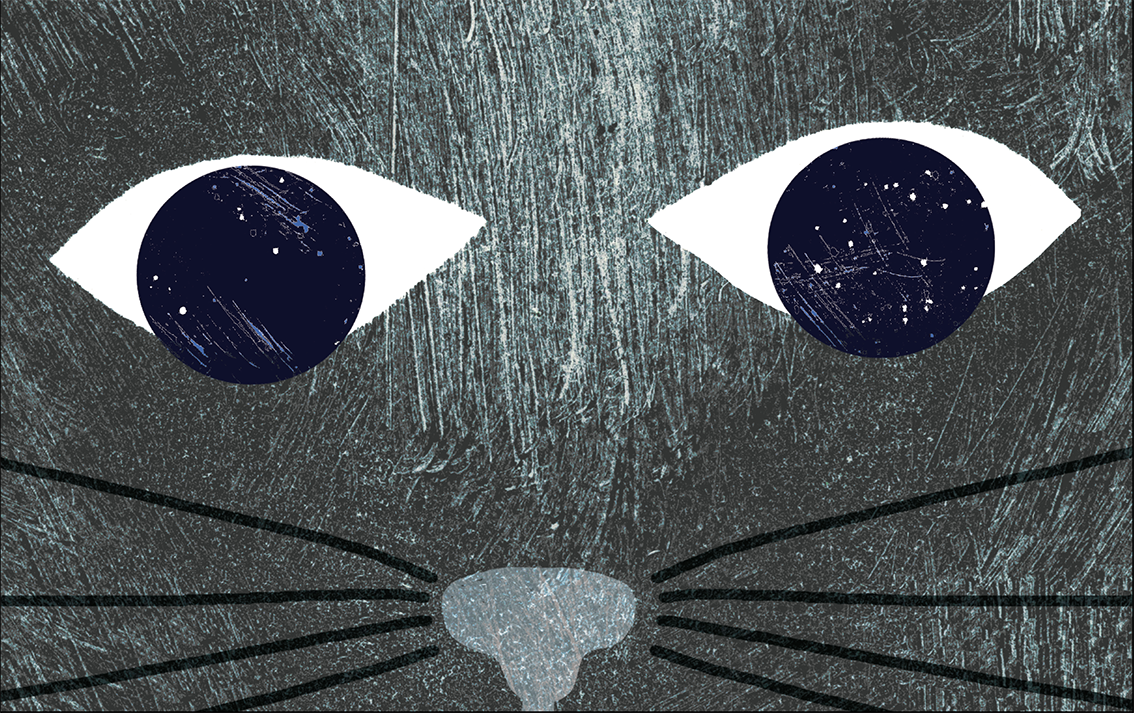 Félicette is the story of the first cat to travel to space. 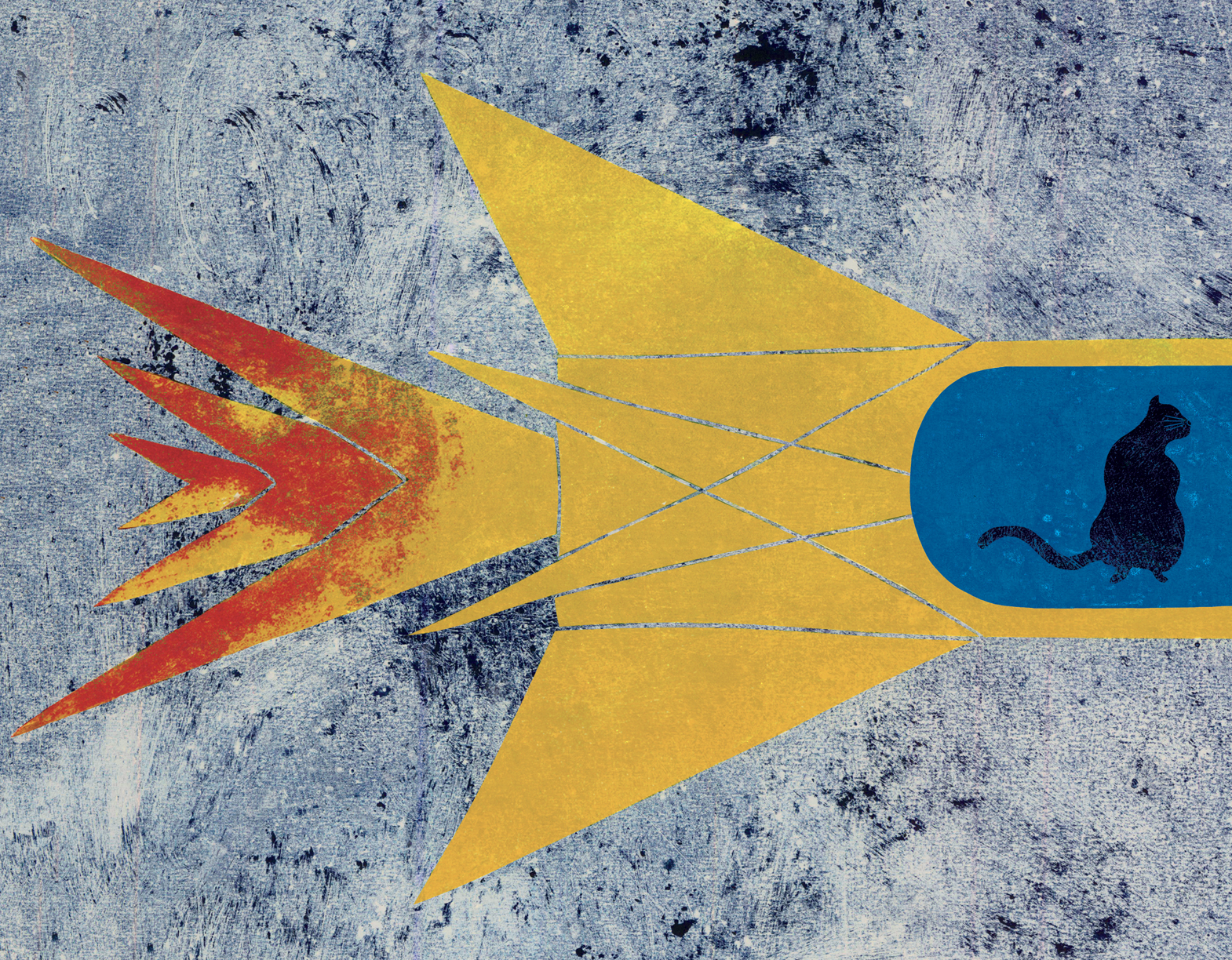 Félicette was a Parisian street cat who was launched into space in 1963 by the French on board the rocket Veronique. These were the years of the Space Race7, man hadn’t yet set foot on the moon so in order to understand how this might be possible, they sent dogs, monkeys, a grey rabbit, forty mice, two rats, even fruit and plant flies, in order to test how a living being might survive this incredible journey.

Félicette orbited the earth for 15 minutes on board Veronique and then landed safely thanks to a giant parachute. She became famous for a while but then man landed on the moon and the memory of Félicette, like that of (almost) all the other animals who like her saw space first, were lost. 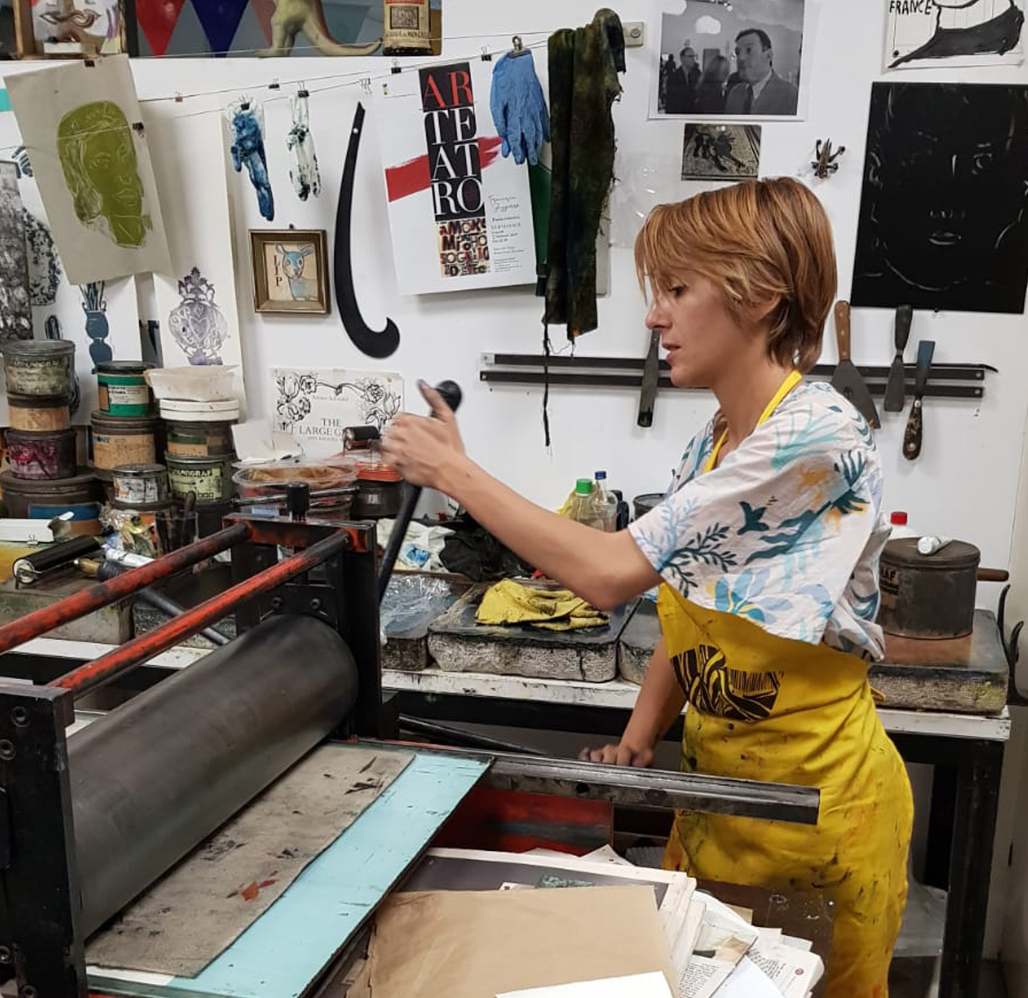 Félicette was created using an articulated process, a kind of constant dialogue between analogue and digital. Every illustration in the book was produced by combining single elements created using printmaking (all kinds of monotypes, engravings on linoleum or other scrap plastic materials), scanned and digitally assembled. The illustrations were then mounted like a collage of elements in one composition, carefully placed and overlapped in relation to one another.

Félicette was born among the pinzini8, the brushes and the magnesium from Francesca Bazzurro’s printing house, without her, Félicette wouldn’t exist.

“The combination of analogue and digital together create an explosion of possibility” says Francesca. This technical and creative process has also made it possible to produce prints which can exist alongside the book. 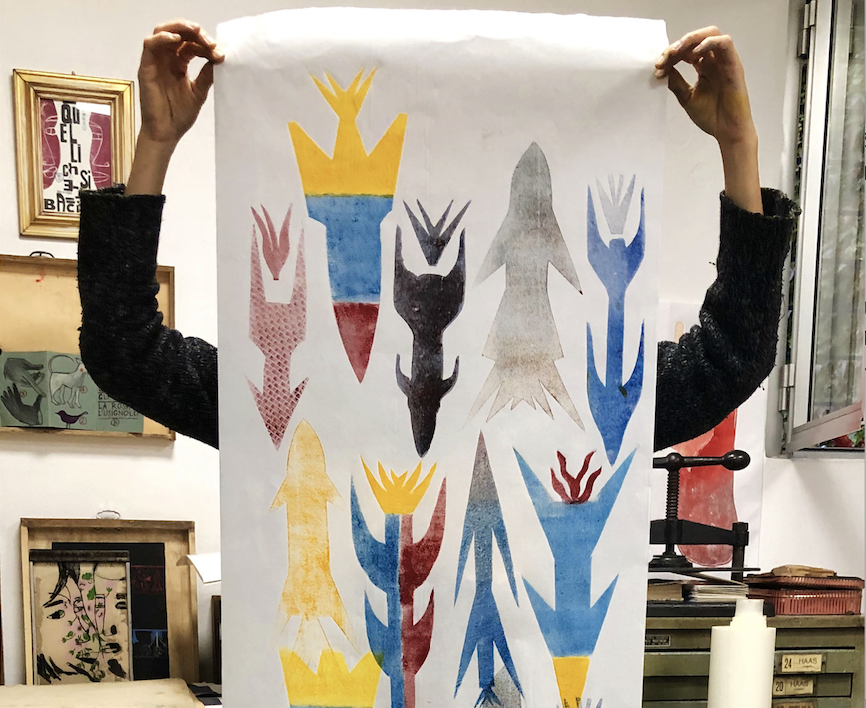 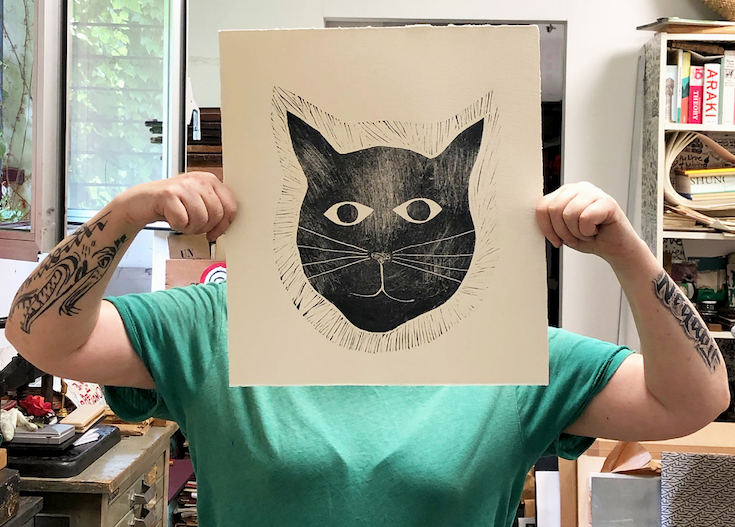 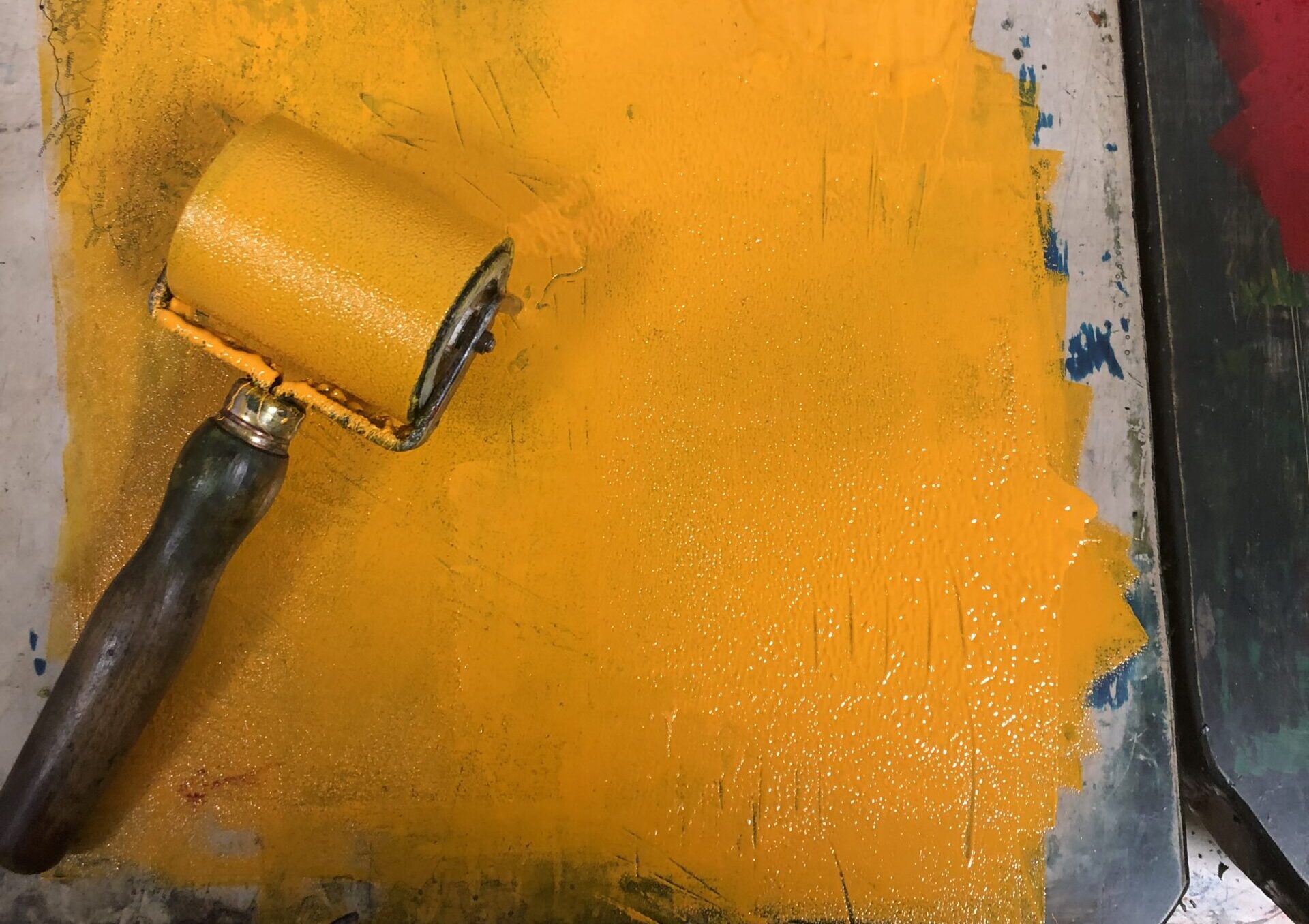 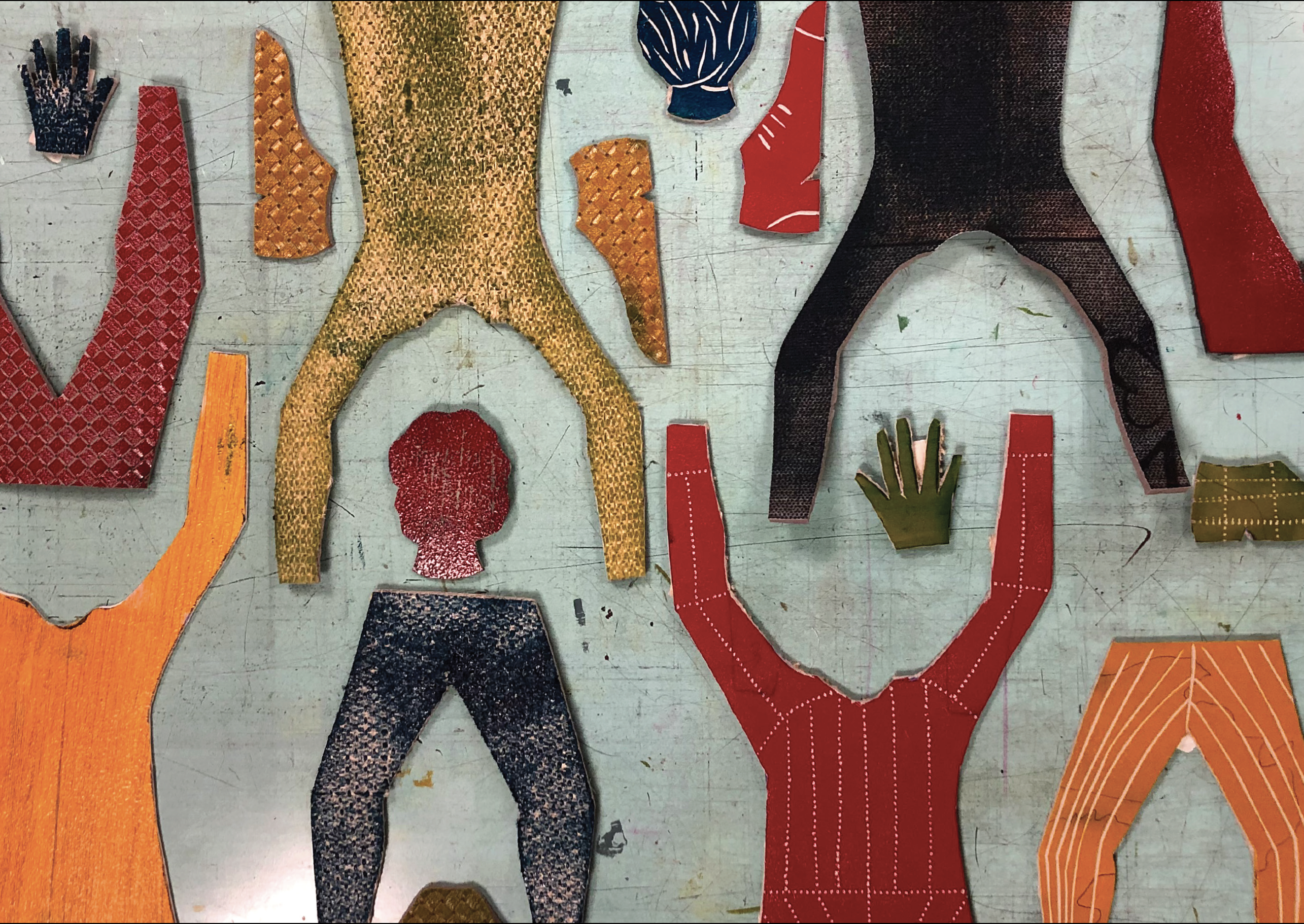 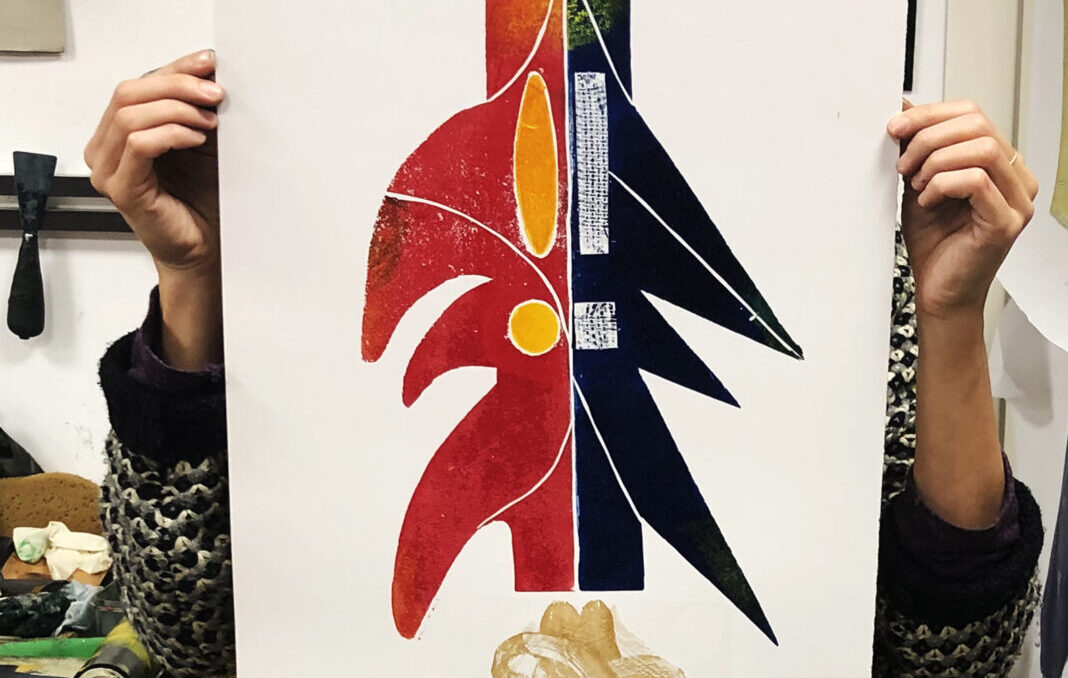 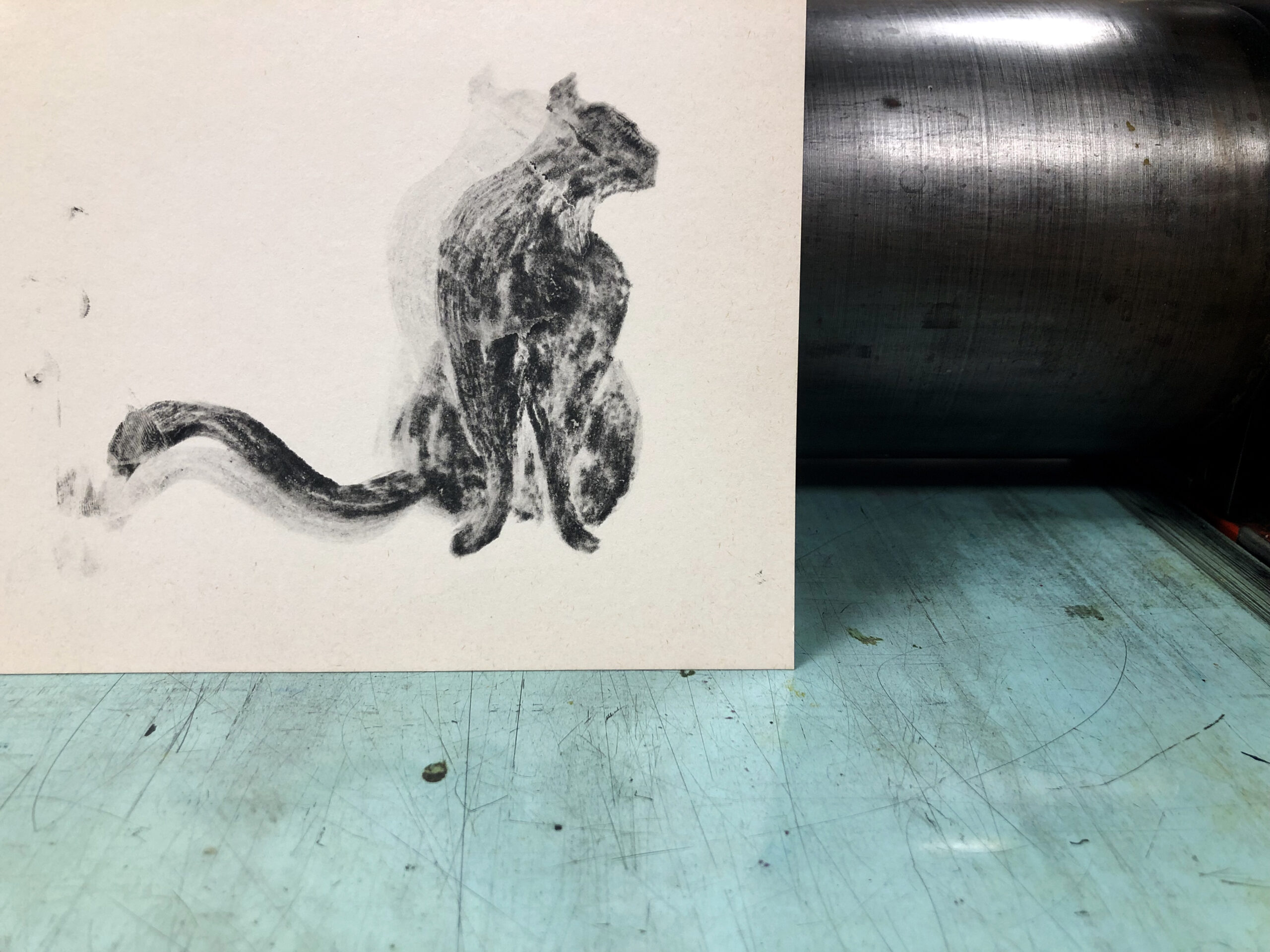 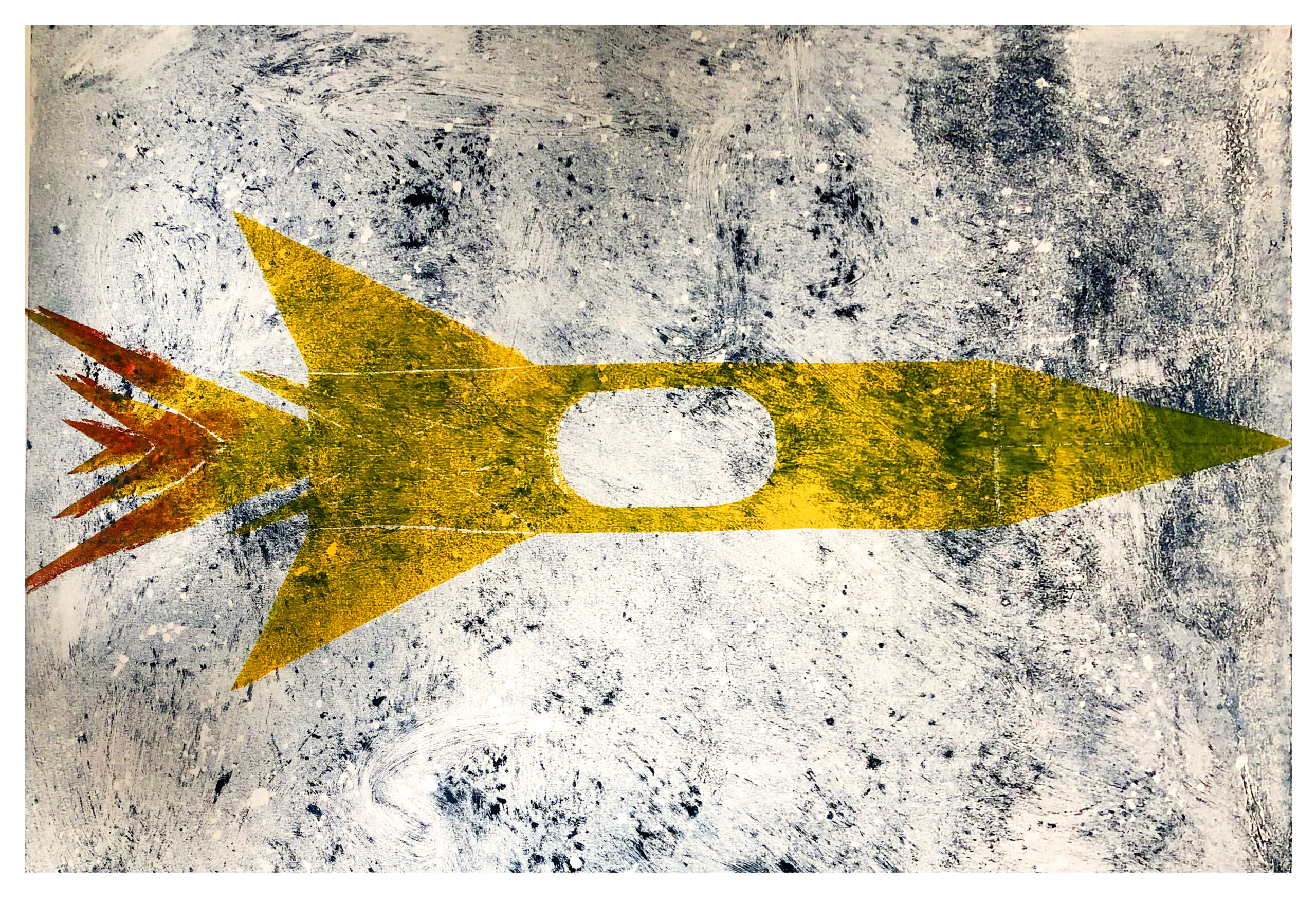 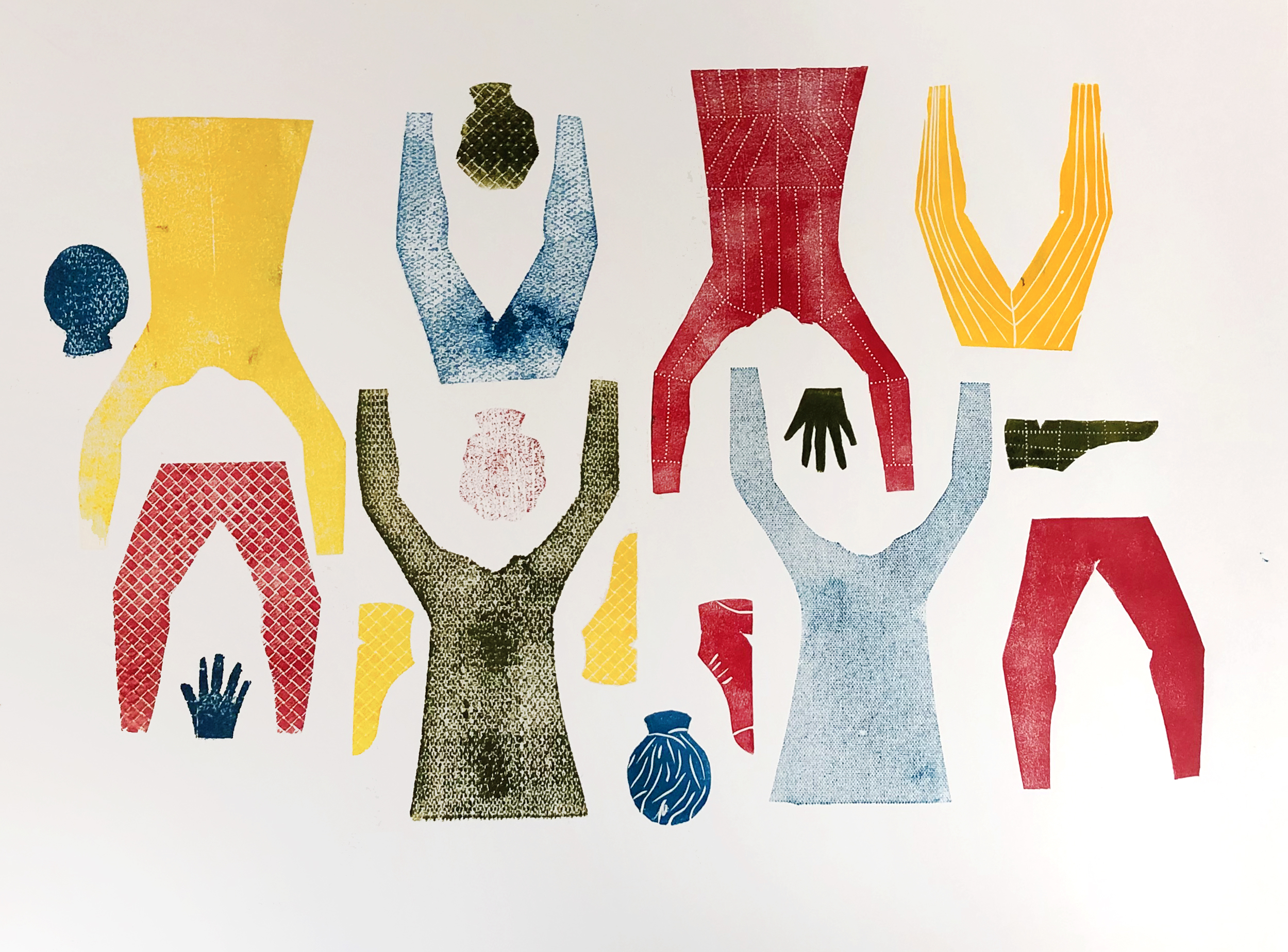